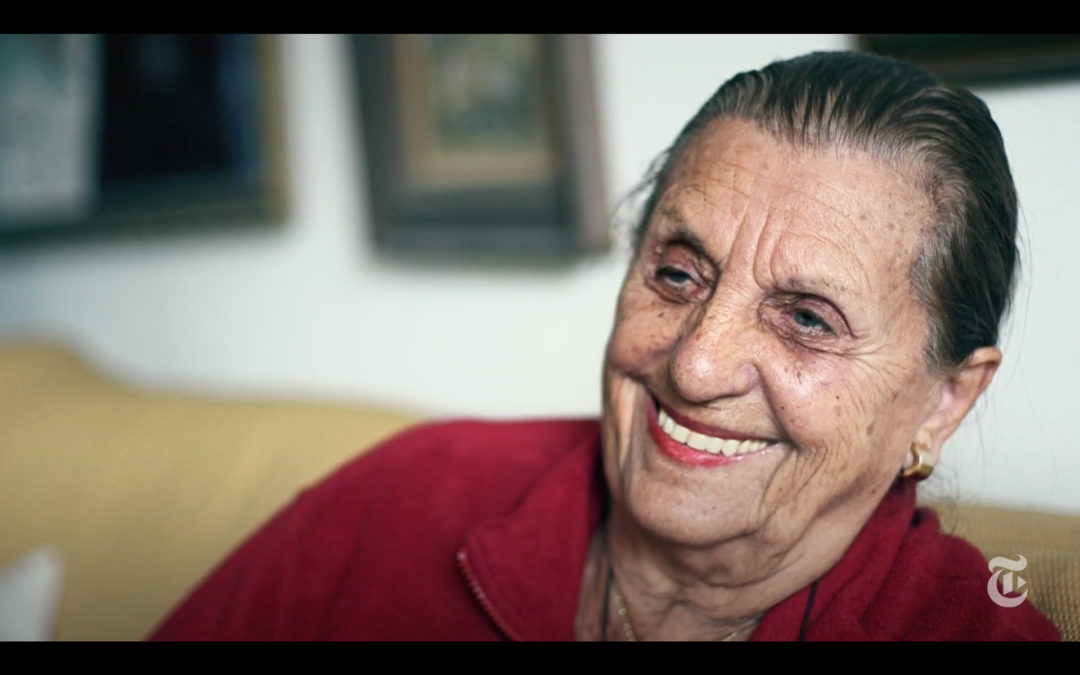 “To escape Auschwitz, she left her father to die. Decades later she got a message from him”

This incredibly moving documentary is by Matan Rochlitz, a filmmaker and a musician based in Rome, Italy. The subject, Kara, is the 92-year-old neighbour of his family in Tel Aviv, Israel. In this short documentary she recounts her escape from annihilation and the critical choice she made while travelling with family to Auschwitz, the most infamous of the death camps.

She survived the holocaust by jumping from the train. To make her escape she had to make a sacrifice, choosing between her father and freedom. She survived and passed guilty decades before a chance encounter with a woman who recognized her in the street and told her she was on the train and had a message from her father. Watch the film to hear her incredible story.

One of the more interesting points Rochlitz makes is that we have very few opportunities to meet with and listen to those who are first hand witnesses to WWII. And even less so for those who survived the Nazis and the death camps.

In the article, the director writes:

“Throughout my lifetime the Holocaust has felt like one of the defining narratives of the West. Almost three generations later, the mind still struggles to make sense of what happened in that time. But one commandment, one kernel of a logical response, seems to be expressed by all who have lived through the horror: Never forget… But life continues. Who knows how future generations will perceive the Holocaust and the extent to which it will figure in history. Perhaps in due time it will be just another event in the troubled timeline of our species.”

This is a an extraordinary short documentary that is beautifully shot and tells a tragic yet inspirational tale.

Watch this video and read the article today.

Welcome to Ancestry Project, an award-winning website providing courses and Canadian-focused resources to teachers and educators. I’m Mike, founder of the site. Registration for the website is free and many of our materials are available as free downloads. Join our community today!